The sheriff’s department gets a call from Mrs. Liu Fuzhi, who complains that her neighbor, Lisa Hughes, hasn’t left her house in days and hasn’t responded to any attempts at contacting her.

It's up to Deputy Rachel Collins and Sheriff George Lahey to investigate what's happened to Lisa Hughes and the circumstances surrounding her disappearance.

- If you ever get stuck in a long, dark hallway just keep moving forward.

- If you can't figure out the combination to the safe, it's "CCGLR."

- The mirror pieces are in the first floor restroom, the kitchen, and the upstairs dressing room.

Warning: (Spoilers ahead, also) This game contains references to suicide. If you're sensitive to that kind of material, I'd advise against playing this.

Your game actually gave me a nightmare so that's an achievement for something in the horror genre!

Great game ! Story is original and the game is really scary ! Would be happy to play another episode :-)

This is a great game - my only critique would be that after failing the chase scene having to go from the mirror all the way back to the phone and go through all the unstoppable dialogue is a bit of a drag. There was also no indicator of where to go during the chase scene - I only figured it out based on someone else's video of it in the comments but for the first few runs I just kept making circles around. Otherwise, the game was really well put together, the characters and graphics were super cute and appealing. Definitely a great game!

it was good experience, but the way they move so slowly in dialogue scenes kinda irritate me. nice twist at the end

From what I was able to play through, this game was great! Unfortunately, chase sequences happen to be the bane of my existence so I didn't get far. I also really like the art ^^

It's bit too much dark in some parts but but story is nice!

great game! i dont fully understand anything but there's so much room for improvement

its fun cool and complacated

There should be a way to skip through the dialogs and cutscenes. They are annoyingly slow.

you can hold space to speed it up :I

I stayed on the end screen for a minute expecting some sort of scare, thats how thrilling this game was!

I miss these type of rpg games, the puzzles were varied and not too easy or difficult. The pacing was just right and the creative components really came together to make this game enjoyable. You all really delivered. Good luck with future projects!

can you make this so full screen is possible?

I was honestly really invested in this game. it is very immersive! I looks smooth and flows nice :)

This game manages to be creepy and tense without getting frustrating at any point. Love the art as well!

great game! the puzzles were really well balanced and not many games (in my experience) have done that. keep up the great work! :)

This was a really well put-together game! Even though it wasn't the longest experience, I feel like we got to know all of the characters really well, the puzzles were well-balanced and fun to figure out and the scares were well and truly spine-tingling!

It's a real old-school romp that I loved from start to finish, and the story had me on the edge of my seat from the very beginning. Super effort, and I can't recommend this enough for anyone who's in the mood for an equally light-hearted (with the banter between the main characters at the beginning) and terrifying (pretty much everything after the intro) experience!

Keep up the great work lads, another cracking game =)

SING US A SONG YOUR THE SHADOWMAN!

This game is scary! I loved it. The game ran well and I understood the story line. I wasn’t expecting to be spooked by a pixel styled horror game but there is a first time for everything. I will leave my gameplay below if you are interested.

So I played through both endings, and I'm still confused by the plot. I'm really intrigued though, so could you explain to me what happened? Art and music is great!

GOD THIS IS SCARY

How do you get inside the house?

interact with stuff outside the house, everything should be clear once you find the right object.

but if you want a more straightforward answer, there's a garden gnome by the fence in the northeast section of the area, pretty close to where lisa's car is parked. interact with the garden gnome and you'll find a patch of dirt underneath it. to dig up the patch of dirt, you can find a shovel by the road pretty close to the mailbox and a few trees. pick up the shovel and interact with the patch of dirt, then you'll get a key to the house.

I am totally digging this, I want more!

I Want SO MUCH MORE!

I want it on my Switch and it would be awesome!

I'm glad I played this game. A fun, spooky ol' time. It's not without issues though.

The presentation was very good overall. While I liked the character portraits (Sheriff Lahey wears sunglasses 24/7 that's hilarious) and general environment art, the actual character sprites bear so much of a resemblance to the ones from Mother 3 it's distracting. I also think that the monster wasn't threatening enough in certain scenes. Whenever it's shown it's just some faceless sprite. I don't tend to like full-screen jump scares, but I feel we at least need to get one good look at this thing to understand why it's so threatening.

The game played fairly smoothly, movement felt pretty great even though sometimes the game wouldn't inspect the thing I though it would, but the puzzles were the real kicker for me.

Take the first real puzzle in the game; entering Lisa's house. The door's locked and you need a key. OK, I find this suspicious patch of dirt underneath the garden gnome which I can't dig up with my bare hands (Rachel's paid to investigate crime scenes you'd think that getting some mud on her hands wouldn't be too much hassle but whatever) and I immediately think "shovel". Guess where it is? In a tiny corner of the map way too dark to notice without the flashlight!

There's quite a few moments like this where I was having trouble finding things. The part where you have to answer the telephone is particularly annoying. The ringtone is just a flat sound with no positional audio or visual cue and plays on a constant loop until you find it. And when you do find it, it's in the washroom. The washroom! Because we all get lonely when washing our clothes...? Whenever I got stuck I just ended up checking each room of the house in sequence, which took way too long and I ended checking some rooms twice or missing certain doors. The game could really use a map.

The one puzzle I did like was the combination safe. When I saw all these old VHS tapes with knock-off brand film titles on them, I was sat there thinking "that's lame", but then the note on the safe mentions the films and I managed to remember them all and felt kinda smart. The safe doesn't indicate you can type in letters though, which got me a tiny bit stuck after trying to translate the initials into their alphabetical index (A = 1, B = 2 and so-on which would be the cooler solution in my opinion) but I got there pretty quickly.

The sound was surprisingly good, for just 10 days we get a whole score with build-ups pay offs, and even a leitmotif I noticed in one track. There was this especially cool effect where the ghost is breathing and it sounds like it's right next to you, and I don't know why but I kind of felt it beyond just hearing the sound? That's worth a mention.

I'm not sure I understand the ending though. Did Lisa really kill herself? What was the deal with that ghost at the end? I hear there's a true ending you get by not taking the gun, but I don't want to listen to that telephone for another second.

Good luck to you guys and thanks for making this game play in my web browser. Always appreciated as someone who mostly plays games on Linux. I hope to see more games from you in the future.

P.S. Making the player walk through a corridor and rewatch three unskippable cutscenes after death is dumb and you should remove it. We have game over screens for a reason!

I had a great time with this short but sweet little game!

A great entry in the jam, good visuals, scary, and it leaves room for a sequel. :)

I love the music, sprites, and controls! Very well done, I was scared :)

LOVED IT I WANT MORE!

Very atmospheric, especially when you get chased at the end. It made the hair on the back of my neck stand up for sure!

I also enjoyed how super-causal Lahey and Collins were when she mentioned that she had to shoot someone. It's like "lets talk about it on the drive back." No need to collect evidence or anything! 🤣

I guess in America, life is cheap! 🤣🤣

Once again, the Milk Bar Lads have blown the competition right out of the water! Their latest release, Ridgewood Road had me on the edge of my seat, with stellar ambiance and memorable characters! For the True Ending, don't pick up the gun and walk forward once you complete the mirror! Also, this game would be so much better if you added a jump feature! I’m left hungry for more content, and the developers will have my continued backing and support for their next big venture into the video game industry!

oh man, this was super creepy and fun! i really liked the portraits of the characters. really great little game.

A nice game, but it would be really nice if you added a jump feature 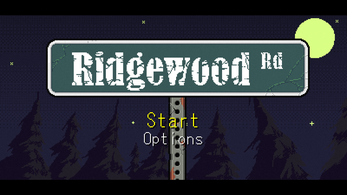 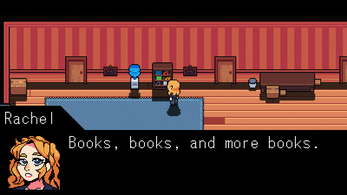 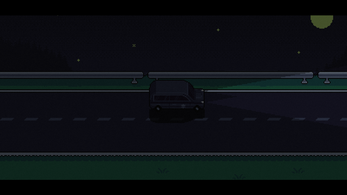 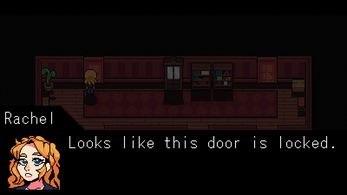